Our amazing pal and speaker Mollie Hughes is literally putting her body on the line to fund her next adventure.

She’s launched a crowdfunding campaign that includes the chance to put a tattoo on her left bum cheek in return for a £15,000 donation!

She’s climbed Mount Everest twice and is now aiming to ski solo and unsupported from the coast of Antarctica to the South Pole – but adventurer Mollie Hughes says fundraising for her next expedition is her toughest challenge.

That’s why Mollie, who uses her experiences to inspire others during her work as motivational speaker, has launched a special crowdfunding campaign for her next adventure, which has a very unusual top reward – the opportunity to add a tattoo on her left bum cheek! 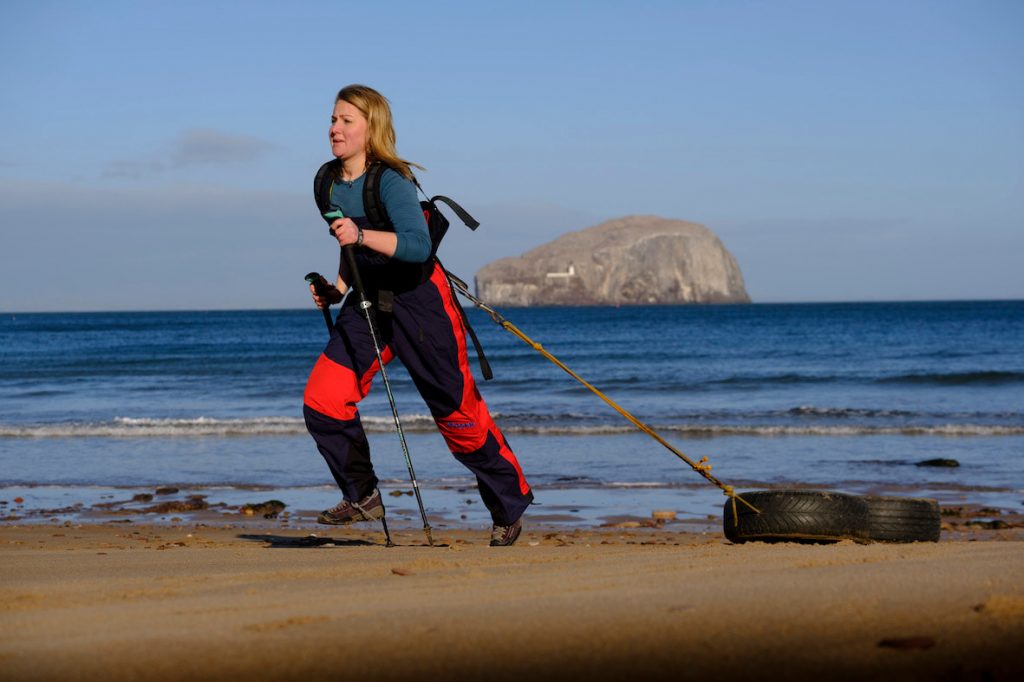 ​​In November, the Devon-born Edinburgh-based adventurer will undertake her biggest expedition to date. Hauling a 90kg sled in temperatures around minus 50C, she will attempt to ski alone across 702 miles of the world’s most unforgiving terrain.

When successful, she will be the youngest woman in history to achieve this feat. Only six women and 17 men have ever completed the route she will attempt on skis, alone and without resupply.

Mollie (29) is already a record breaker; in 2017, aged 26, she became the world’s youngest woman to have successfully climbed both the north and south sides of Mount Everest, the world’s highest peak.

Mollie has already raised £60k for her South Pole ski challenge through corporate sponsorship and personal donations, but she still needs to raise a final £15k before October.
While Mollie welcomes donations of all amounts from £10 and up and she has already raised more than £1000, she is taking the remarkable step of offering the opportunity to get a tattoo on her left bum cheek in return for a single £15,000 donation.

The reason it’s specifically her left bum cheek is that in 2011, at the age of 21, Mollie auctioned her right bum cheek while trying to raise funds to climb Mount Everest. As a result of a winning bid by two Marines, she has a tattoo of two kissing chickens.

Mollie said: “For my next challenge, which I’m undertaking to help inspire women of all ages to push their comfort zones and realise what they are capable of, I’m going to try and ski alone and unsupported across 702 miles of the world’s largest desert. It’s an immense physical and mental challenge, but gaining sponsorship to help fund my expeditions is always the biggest hurdle I face.

“I’ve raised a significant amount already but I still need to raise the final £15K before October in order to take on this expedition and attempt to make history.

“I auctioned my bum back in 2011 for my Everest expedition and, while my dad wasn’t best pleased, it helped me raise the money I needed. I’m now 8 years older and 8 years wiser, therefore, my LEFT bum cheek is going to be auctioned off for no less than £15,000. The winning bidder can have any tattoo they want on it, anything at all. This is how much I want to go to Antarctica!”

Hughes, who secured worldwide publicity following her world-record breaking feat on Mount Everest, will leave the UK in mid-November and return in early January when she plans to conduct an inspirational speaking tour about her expedition. She hopes to post updates from Antarctica and during the expedition the public will be able to track her progress.

Mollie is calling on the people of the UK and beyond to help her reach her funding target and make history in Antarctica this year.

The inspiring power of using your voice