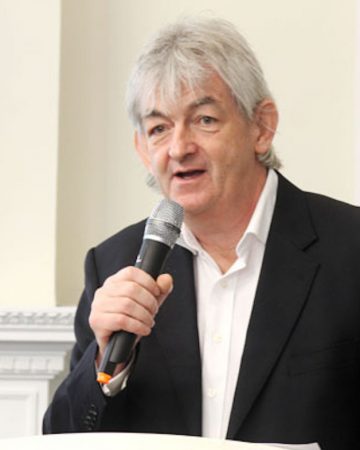 Social entrepreneur and global changemaker, passionate about ending global poverty and also the role sport can play in society. Based in Edinburgh, Mel has spoken all over the world, from the Sydney Opera House to the World Economic Forum in Davos, and to everyone from world leaders to schoolchildren
Fee Group:
Topics:
Enquire about Mel

Mel Young is the co-founder and President of the Homeless World Cup, the global initiative which has improved the lives of more than 1.2 million people in countries all over the world since it was established in 2003.

Deeply passionate about social entrepreneurship and changing the world, Mel recently launched a new organisation called The New Ism, which discusses and explores how to create a sustainable, inclusive global system where humans live within the means of the planet and all forms of life can thrive.

Previously, Mel worked as a journalist and editor with a social conscience. He co-founded multiple publications, including The Big Issue in Scotland. He is the former President and Honorary President of the International Network of Street Papers, which he co-founded.

With a strong belief in the role sport can play in society, he is also the Chairman of Sportscotland, the national sports agency for Scotland, and a former member of the World Economic Forum Sports Agenda Council.

Mel has written several books, including two about the Homeless World Cup and one on social entrepreneurship.

Throughout his career, Mel has met and talked with many of the world’s leaders. He has a breadth of understanding about different international cultures and is able to talk with authority of many of the world’s challenges. The topics he covers include:

“Really enjoyed your session - great to hear more of your stories and thoughts on the current opportunity to fundamentally restructure society.”

“Sincere thanks for delivering a truly inspirational speech at our annual conference. Many colleagues have remarked on how touched they were by your words and felt your speech enhanced and championed the theme of positive partnerships perfectly: it was a wonderful end to the first day.”

“Many, many thanks for your fantastic presentation and a great session yesterday. I have received very positive feedback from students and look forward to welcoming you again next year."

“I would like to thank you for contributing your passion, insights and experience as a speaker at the Global UBS Philanthropy Forum in Singapore where we looked into the promise of a collaborative approach to tackling social change. Your engagement was invaluable and was received very positively by the audience. The feedback on the Forum, both from participants and UBS colleagues, has also been highly positive."

“Mel was absolutely engaging and he has left a lasting impression.” 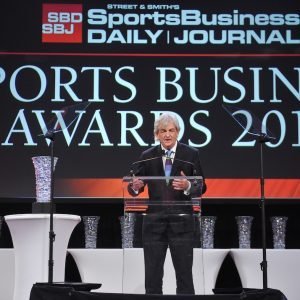 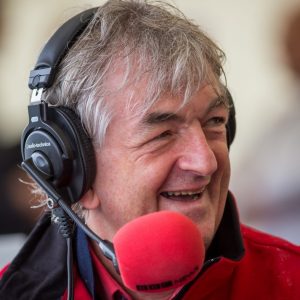 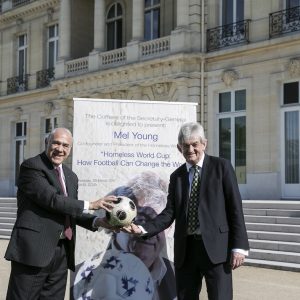 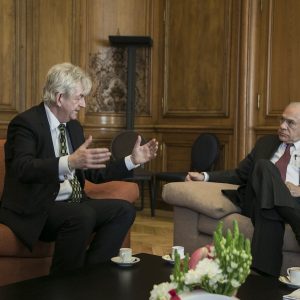 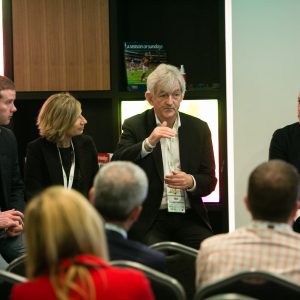 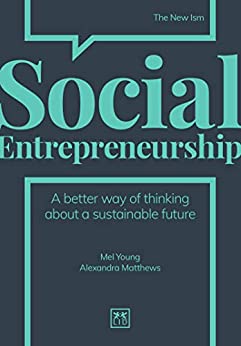 Social Entrepreneurship: A better way of thinking about a sustainable future 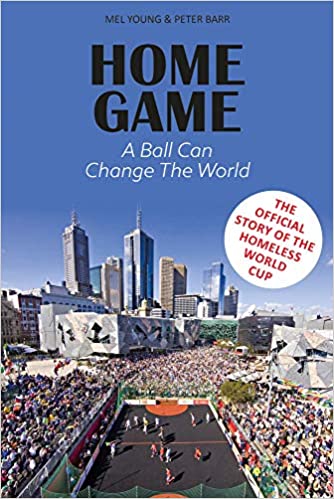 Home Game. A Ball Can Change The World 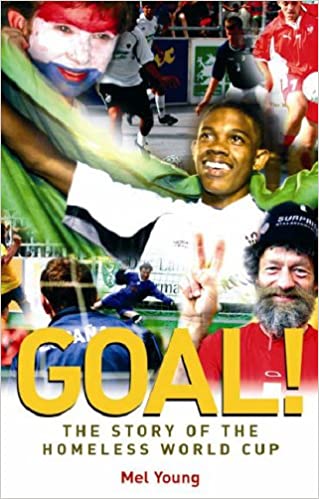 GOAL! The story of the Homeless World Cup 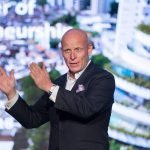 Corporate insurgent, intrapreneur and thought leader using a powerful personal story to discuss mental health in the workplace and reimagine the role of business in society to create meaningful social impact 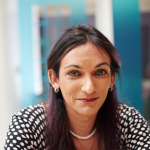 Diversity and inclusion, Leadership Speakers, Resilience and self belief, Social impact,
All Speakers