What can companies learn from the BrewDog controversy about leadership & workplace wellbeing?

Trouble is brewing in the corporate corridors of power. Societal expectations on the role of business to do the right thing have risen dramatically of late—perhaps even more so during the pandemic—yet employees are making it clear that those expectations must be met in the right way.

There are signs that business has at last started to take its role in society seriously. Positive statements around social purpose, renewable energy and generally making the world a better place are now fairly commonplace—and rightly applauded.

Not so for the recent employee revolt at craft beer supplier, BrewDog. Media reports illustrate that warm words on well-being and eco-jargon will no longer be tolerated by a new breed of activist employees. In fact, they’re ready and willing to call out inconsistencies between empty rhetoric and reality.

I believe that this is merely a symptom of a much wider shift in culture and power within business—from traditional leadership hierarchies to more socially engaged, vocal and, dare I say, democratic workforces.

From the outside looking in, the phenomenal success of BrewDog has made it the envy of its competitors. For many prospective employees, it’s been seen as a highly desirable place to work. But, according to “Punks with Purpose”—a group of current and former disgruntled employees who signed an open letter to air their grievances to the world—it hides a toxic culture.

Criticism ranges from citing a “cult of personality” at the top through to a “growth at all costs” culture and bullying which has led to many suffering anxiety and poor mental health.

James Watt, co-founder and subject of the scathing attack is clearly a lightning rod for their criticism. It would seem that Watt suppressed his initial instincts to crush the rebellion with a counteroffensive and instead opted for a more contrite and empathetic response, claiming to be listening.

And in many ways, it would seem, the tail can indeed wag the dog. Through collective, focused and often brave action, employee activists in BrewDog—and many other corporates such as Microsoft and Amazon—are able to have a significant impact on business ethics from the bottom up.

Real problems lurk below the waterline

Is the BrewDog story merely the tip of the iceberg? I’m concerned that outdated management behaviours that lack empathy and understanding may often go unnoticed and unpunished. And while senior executives in Fortune 500 companies may present an acceptable face to the world and say all the right things, they may be turning a blind eye to aggressive, sexist or unreasonable behaviours further down the line.

Indeed, such behaviours are often lionized, rewarded or simply dismissed through terms like (s)he “gets the job done”, “is ruthlessly focused on the numbers”, or “doesn’t suffer fools gladly.” I speak from first-hand experience; for me, 25 years in the corporate world ended in a breakdown caused, in part at least, by intimidating behaviours and coercive circumstances. 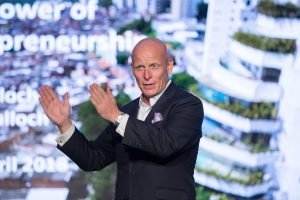 Rather than write an open letter, I chose to write a book The intrapreneur: Confessions of a corporate insurgent. As I explain in the book, my nemesis epitomizes the issue of businesses tolerating poor leadership practices that encourage a culture where business results matter more than the collateral damage required to achieve them.

Even when corporates do cleanse themselves of these unacceptable practices, workplace bullies are too often given honourable discharges or allowed to “pursue other interests outside the company.” It means they can quietly slip out through the back door without being called out for the damage they done or seeing any personal repercussions. Google is a laudable exception when employees staged a series of walkouts and demanded sweeping changes in the company as a result of misconduct allegations.

Companies of tomorrow must root out inappropriate behaviours within their leadership ranks—not only because it’s the right thing to do, but because it’s in their interests to do so.

And imagine if, rather than having to mobilize to call out poor management behaviours, employee collectives such as “Punks with Purpose” could get together to innovate around a positive cause. We could find ourselves spawning an army of social intrapreneurs saying “I’m In” to making a difference in their companies, their personal lives and the communities around them.

As James Watt has learned the hard way, well-being is a prerequisite for “well-doing.” Companies that ignore this fact risk the wrath of an ethically savvy and increasingly outspoken workforce.

Gib Bulloch is author of The Intrapreneur: Confessions of a corporate insurgent and Founder of the Craigberoch Business Decelerator on the Isle of Bute, Scotland

Why companies must talk more about the menopause

Find out how our speakers can help

To learn more about how we can help your organisation in making a real difference to workplace wellbeing, please get in touch.